The Japanese Yen is planning to weaken

“Abenomics” will continue. The Liberal Democratic Party led by the current Japanese Prime Minster, Shinzō Abe, secured a victory during the elections that took place last weekend. However, such results were expected: frankly speaking, the Opposition has nothing to offer instead of the current fiscal and monetary policy. Hardly anybody is ready to take responsibility for the weak inflation and the gradual increase of the national debt, but Abe, for example, is staying in power and continues being responsible for country’s financial and economic system together with the Bank of Japan.

It is quite possible that there will be a new coalition in the parliament including liberal democrats and Buddhists. In this case, they will have 310 seats out of 465. It will be enough to continue promoting their financial and economic ideas programs with no hassle.

What is “Abenomics”? It’s quite new market term, which includes all key aspects of the monetary policy carried out by the Japanese Cabinet of Ministers lead by Abe. This program is 5 years old and its primary goals are to make the country’s economy improve steadily, stabilize the inflation numbers, and weaken the Yen. “Abenomics” was criticized on many occasions, for example, for a “side effect” resulting in the national debt increase. However, there weren’t any other ideas that might be good enough for improving the country’s economy and the GDP without wasting decades.

For the Yen, Abe’s winning the elections means that the previous monetary policy carried out by the BoJ will remain the same. In general, it’s not good for the Japanese currency, which has updated its four months’ lows. On Monday morning, the USD/JPY pair was breaking the high at 114.00 it reached on July 11th, but a bit later the instrument moved a little lower. In the meantime, there are enough reasons for the pair to grow, because the currency market is not in need of “safe haven” assets right now.

From the point of view of the technical analysis, the long-term trend of the USD/JOPY pair is bearish. At the moment, the pair is expected to test the upside border of the current descending channel. If it succeeds and breaks the border, the price may try to resume the uptrend.

If we take a look at the previous rising impulse inside the descending channel, we can see that it has been corrected by 61.8%, which means that the correction is over and the pair may start a new ascending impulse. The closest target of this impulse may be inside the post-correctional extension area between the retracements of 138.2% and 161.8% at 122.960 and 125.650 respectively. However, to confirm this scenario the instrument has to break the resistance level at 114.700 and the local high at 118.600. We should note that 125.650 is the multi years’ high and breaking it will be a serious test for investors. 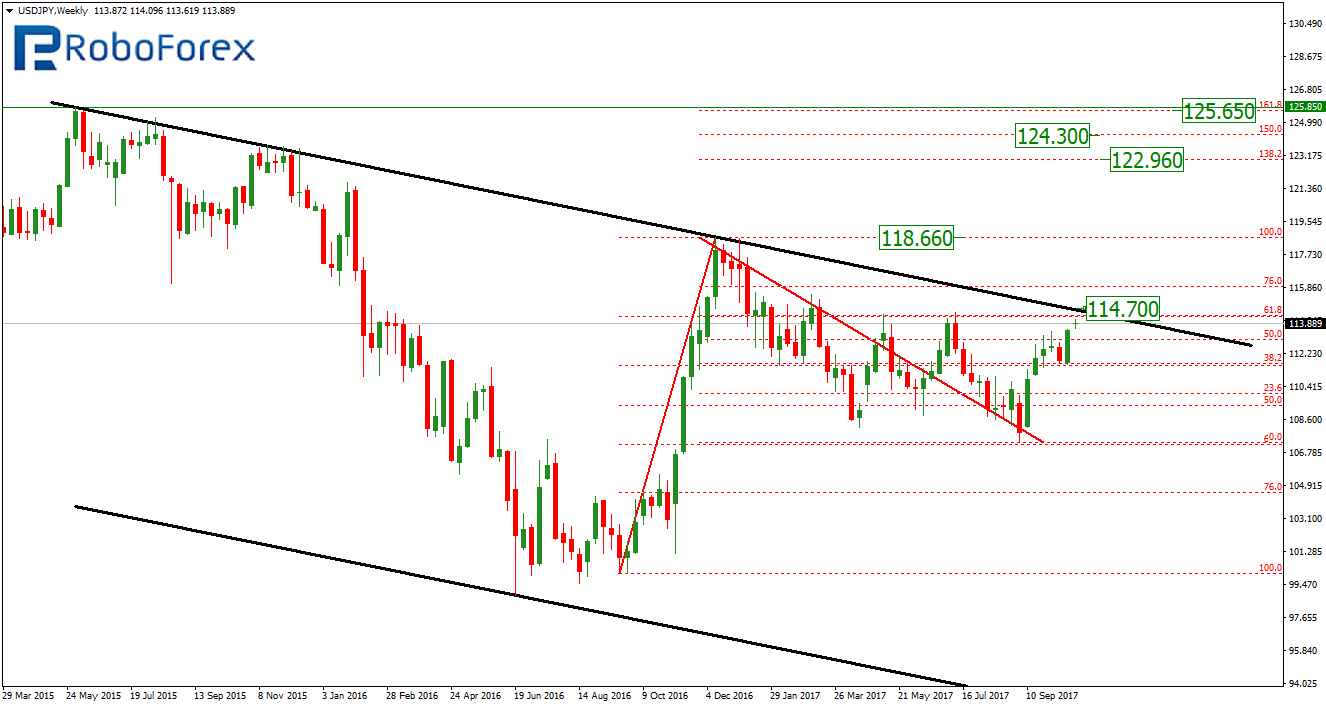 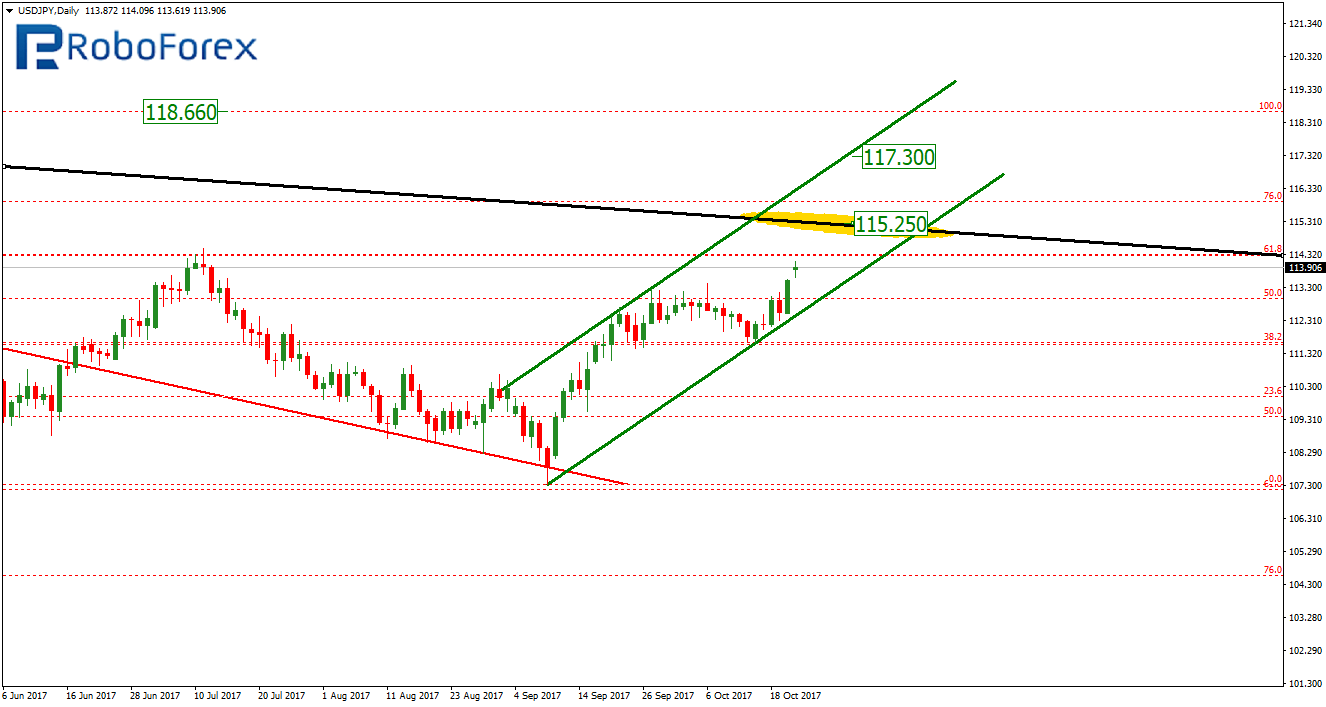 Forecasts presented in this section only reflect the author’s private opinion and should not be considered as guidance for trading. RoboForex bears no responsibility for trading results based on trading recommendations described in these analytical reviews.